Training – Who Needs it and Why is it so Important? 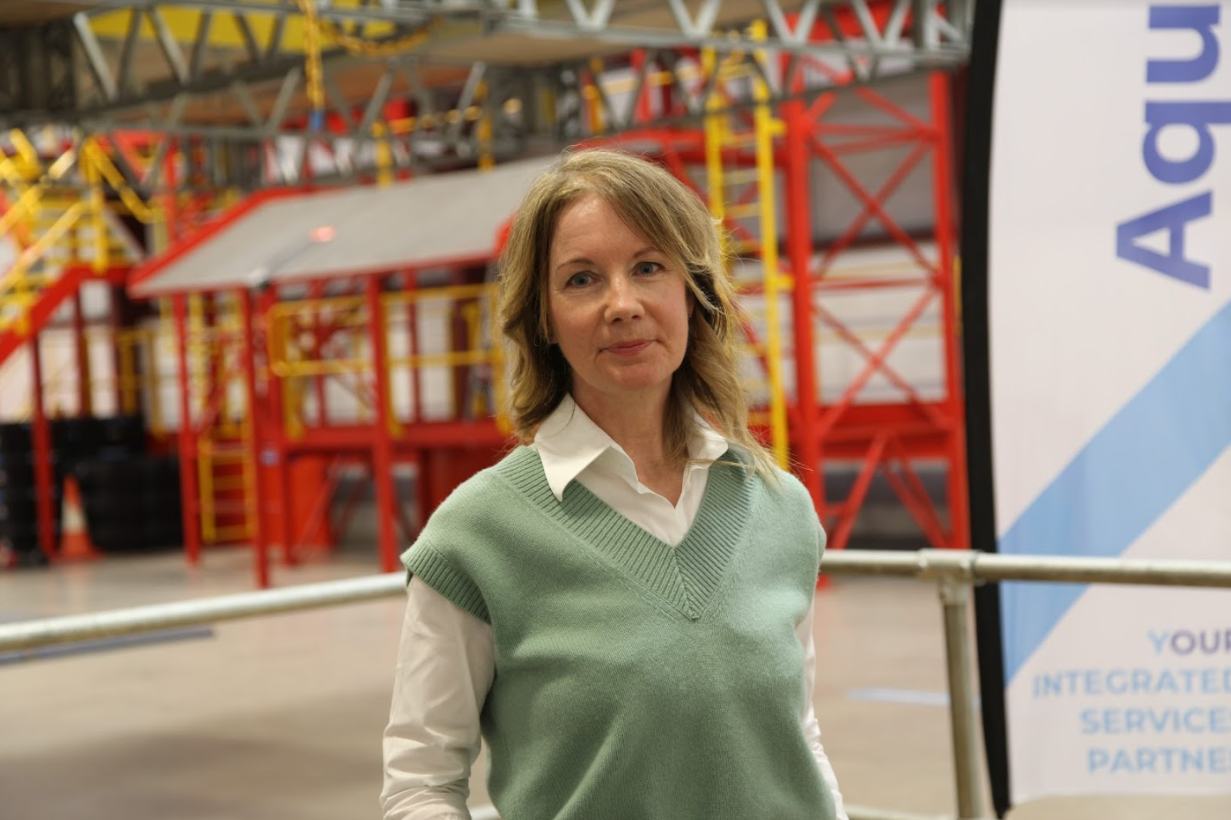 From a young age, Lesley Robinson knew she wanted to be a nurse – going against advice from teachers to go to university in order to join her dream profession.

Across 22 years in the NHS her career allowed her to help countless people, deliver more than 100 babies and even provide care to a senior member of the Royal Family.

Today Lesley (53) works as Training Manager for Kintore-based AquaTerra Training, responsible for giving workers the skills and knowledge they need to perform their jobs safely in even the most extreme environments.

Speaking ahead of International Women’s Day 2022 – which this year has the theme of ‘Gender Equality Today for a Sustainable Tomorrow” – Lesley said: “For as long as I can remember, all I ever wanted was to be a nurse. I remember my careers officer at school telling me I should go to university but I was adamant that nursing was my calling.

“I absolutely loved the smell of hospitals – bizarre I know but, even as a small child visiting relatives in hospital, I adored that smell. I would look at the nurses in their beautiful dresses and caps and long to be like them. In 1986 my dream came true when I left home outside Glasgow and moved to Aberdeen to start my training as a Registered General Nurse.

“I had a wonderful and varied three years of training, looking after terminally ill patients, nursing patients who were HIV positive, learning how to take blood and give injections and dealing with death. At 17 that was not an easy thing to cope with, but I had a particularly amazing Ward Sister at Woodend Hospital who taught me to treat every patient as a human being – even in death.”

Lesley later decided to retrain as a midwife, delivering over 100 babies during her career, before taking a break to travel the world with her husband, eventually returning to Scotland and working in rural Aberdeenshire, which led to a rare opportunity to work with a particularly famous family.

She continued: “When we returned from travelling, I got a job as Staff Nurse at Aboyne Hospital where there was a Minor Injuries Unit and a Midwifery Unit as well as the hospital wards. The GP’s from the local area worked there and I became friendly with the Ballater GP who was the Royal Physician when the Royal Family was in residence at Balmoral Castle.

“Through them I was honoured to be asked to look after Princess Margaret for a period of time in 2001. While I was there I was able to spend time with most of the family, including The Queen, the Duke of Edinburgh, and the Prince of Wales including having afternoon tea and picnics with them on multiple occasions.

“My last day working there was September 11th 2001 and I was unaware of what was unfolding across the Atlantic. It was actually The Queen herself that sat me down and explained what was happening and that they would have to stay on at Balmoral for a bit longer as their planes were required for military use.”

Eventually Lesley made the difficult decision in 2007 to leave nursing and joined AquaTerra Training as a Training Administrator, being promoted to Training Lead 11 years later and eventually taking on the role of Training Manager in January of last year.

While there has been a definite change of pace, the work at AquaTerra is no less demanding or rewarding – as her team is responsible for the safety of hundreds of candidates who pass through each year.

Lesley said: “AquaTerra is a fantastic place to work. In particular I would say that we all feel like a family, which is something I particularly enjoyed about working in nursing – a sense of shared ownership and responsibility for the wellbeing of others. This International Women’s Day my message to any woman or girl reading this is to bet on yourself and follow the path you want to take, regardless of what other people might think is best for you.”

Send us a course enquiry!